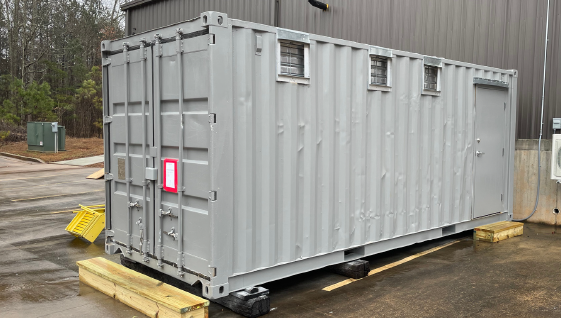 Multiple online sources define thermal runaway as “a repeating cycle in which excessive heat causes more heat until the operation ceases, or an explosion occurs”. In the case of lithium batteries, we tend to focus on the latter outcome given the risk to people and property. Since rechargeable lithium-ion batteries involve flammable electrolytes and non-rechargeable lithium metal batteries contain highly reactive metallic lithium, both the risk and the after-effects can be very significant. What can be done to mitigate this risk and what are the actual product effects if a cell goes into thermal runaway?

SAFETY FROM DESIGN TO PRODUCTION 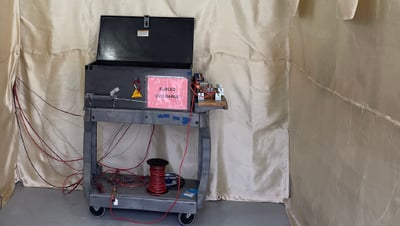 Beginning with the cell itself the primary goal is to design such that the chance of thermal runaway is ideally avoided and in practice, very much minimized. The tenets of proper cell design are outside the scope of this article but include chemical, mechanical, and electrical design considerations. When implemented correctly the chances of failure are small. Anecdotal failure rates for high-quality lithium cells are considered to be around the 1 in 10 million order of magnitude. That said, over 8 billion cells were produced in 2019 on a sharply increasing production trend, so the chance of failure is certainly non-negligible. Add to this the reality that not all cells are going to hold the top-tier mantle for quality and it’s clear failure number is negatively impacted.

Do safety efforts stop at the cell? Of course not. Pack design is also critical. It begins with the handoff from cell to pack design and making sure that the battery pack doesn’t exceed the capabilities of the cell. At the same time, it must maintain an adequate margin to handle undesirable variation in components and process. Advanced battery management systems (“BMS”) with built-in safety functions layer on another level of safety. At a minimum these are generally protecting against over-voltage during charge, overcurrent during charge or discharge, and under-voltage during discharge, all of which can lead to degradation of the cells. Additional functions may bring in thermal limits during charge or discharge to again protect the integrity of the portable energy system. Cell balancing ensures cells within the pack are aging at the same rate or at least prevents low performing cells from causing a critical safety condition.

The third tier involves what is being powered, i.e. the host device and/or independent charger. This may include integrated features to safeguard the source of charge and redundant safety functionality like what’s found in the pack. Although not in every design a key concept here is communications. Smart battery packs will utilize proprietary or industry standard bus architectures like SMBus or CAN so that the host device can keep track of not only what the battery is doing, but how the battery is doing and if necessary step in to implement additional controls.

Finally, there are system-level assessments done during production or even in the field. Examples might include third-party safety marks which involve periodic inspections of production facilities and supply chain compliance. It may also involve periodic product re-tests to ensure the design that was originally qualified, which may have undergone multiple seemingly innocuous engineering changes, still offers the same level of safety as intended.

With such a hierarchy of protection, is there anything else that should be done to understand risk? Consider this – even if all of the above steps are followed with the best of intentions, what happens if things still go wrong? More specifically, what is the effect to the product and users if a cell goes into thermal runaway when the device is in use? What happens if a cell goes into thermal runaway in the shipping channel?

To answer the question there are two approaches. Simulation is an option but requires very advanced electrochemical and thermal modeling. Our experience is that this tends to be cost prohibitive for most organizations so it’s only seen in relatively large companies where that expertise is available in house. What about direct testing? Like simulation there are barriers for use with the most obvious being concerns related to personnel safety and expertise as well as having the appropriate facilities to provide the proper test containment of high-energy events.

At Energy Assurance we have invested in the construction of a steel-walled blast container. The test area is approximately 13’ x 10’ x 8’ high. It’s thermally insulated and includes environmental controls. A flowthrough multi-port exhaust system was added to clear smoke and fumes after a thermal event. A secondary control room provides a protected location for personnel and support equipment. The test container also includes multiple cameras for video evaluation as well as full data acquisition capabilities.

With the right facilities available the next step is determining the best approach to force the cell or battery into thermal runaway.

Our recommendations are below:

For product-level or shipping scenario testing, thermal instrumentation of what surrounds the cell or pack being forced into runaway will provide additional indications of the event characteristics and the ability of the selected design to contain the associated hazards.

Although the above is presented in a relatively clinical fashion, the danger of injury and property damage is very real. An exploding cell can produce temperatures well above 1200 °C (2192 °F) and deadly shrapnel particularly in the case of cells with metal cans. Readers are strongly cautioned not to attempt such testing without the proper training and equipment. Energy Assurance has the facilities and expertise to professionally execute testing on your behalf and provide the required information to validate and improve product performance under such adverse conditions. Contact us at sales@energy-assurance.com or (404) 954-2054 to explore your options.